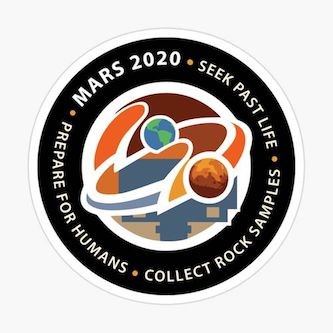 NASA’s next mission to Mars — the Mars 2020 Perseverance mission — is targeted to launch from Cape Canaveral Air Force Station no earlier than July 20, 2020. It will land in Jezero Crater on the Red Planet on Feb. 18, 2021. Perseverance is the most sophisticated rover NASA has ever sent to Mars, with a name that embodies NASA’s passion for taking on and overcoming challenges. It will search for signs of ancient microbial life, characterize the planet’s geology and climate, collect carefully selected and documented rock and sediment samples for possible return to Earth, and pave the way for human exploration beyond the Moon.

Perseverance will also ferry a separate technology experiment to the surface of Mars — a helicopter named Ingenuity, the first aircraft to fly in a controlled way on another planet.

This marks 45 years since the very first Viking Landers touched down on the surface of Mars as part of ‘Project Viking’. Nasa’s Viking project found a place in history when it became the first U.S mission to land a spacecraft safely on the surface of Mars AND return images of the surface. This image along with the Project Viking Patch and other related pictures/patches form part of the ISA library and can be viewed at the website www.internationalspacearchives.com