ODD SQUAD to be represented in Europe by LMI 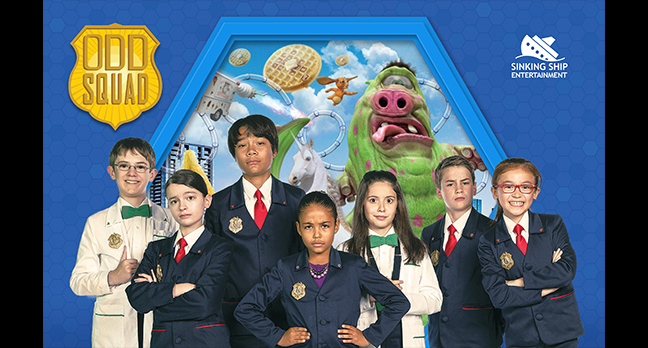 ODD SQUAD is a live-action educational comedy about agents who work for a secret government agency equipped with the world’s most advanced and unpredictable gadgetry – whenever something strange or unusual happens, it’s Odd Squad’s job to put things right!

With 80 x 22′ episodes already produced, Series 1 & 2 have been sold to over 150 countries worldwide and the show is firmly established on CBBC in the UK, and across Europe on channels including ki.ka in Germany and RTVE in Spain.  Series 3 is now in development and being produced in 2019and both YouTube and iPlayer are showing fantastic viewer numbers as the quirky and humour rich show is genuinely engaging audiences 6 to 12 years around the world.

On behalf of production company Sinking Ship Entertainment, Marilyn Kynaston (Head of Sales and Distribution – Europe) commented “We are delighted to be working with the team at LMI and have just completed an in-depth analysis with LMI at our Toronto production offices on how licensees can develop product ranges that will enable consumers to identify with the show. We feel that these ODD SQUAD licensed products will be sure to appeal to our growing list of viewers worldwide.”

With three series we see the ODD SQUAD junior detective team featuring prominently in TV homes for many years to come.